Year 6 explaining why fractions get smaller when multiplied https://t.co/wgO0KLetJN

@HPFSP and @HPAPPeckhamPark rehearsing together with the expertises of @PeckhamAcademy staff for their upcoming performance in @The_Globe - what a way to enter the festive season! https://t.co/W1BUerArQn

Year 6 enjoying their trip to the @V_and_A as part of their study on the Victorians https://t.co/MZxCr6jtGL

Year 2 exploring the idea of creation in an RE lesson. https://t.co/H3buYvXZJu

Odd Socks to show that it’s okay to be different #AntiBullyingWeek #OddSocksDay https://t.co/j3gKYNOtz9

Adventurous start to Autumn 2 in Y2 with a local geography trip to Deptford Creek #peckham https://t.co/wuVl6ID4k1

Year 3 are off to an exciting start with a trip to the @britishmuseum as part of their history unit on the Stone, Bronze & Iron Age #peckham #history https://t.co/8h0HvfG5bY

Amazing beats ending a successful Autumn 1. Thanks to @PeckhamAcademy for their expertise. #music #peckham https://t.co/OLJrne3Wtq

The Academy will be open as normal for all year groups on Wednesday 2 May. Thank you to all our parents for your support during this time.

At our Academy all children receive an hour singing lesson a week and also take part in a weekly singing assembly run by Mr John Fisher who also runs a guitar club for the children once a week. 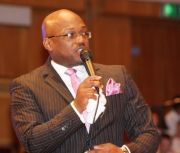 A well-known and respected face in the British gospel and secular music industry, John has been creating music for over 25 years.

For the past 18 years he has been the leader of one of the UK’s top gospel choirs IDMC (www.idmcgospel.com). He has lead the choir in many high profile events and engagements such as singing for the wedding of Luciano Pavorotti in 2003, in Trafalgar Square at the announcement of London winning the 2012 Olympic bid, and many more events of this nature.

As a song writer and producer he has successfully released 12 recording projects including 4 live DVD recordings.

Since  2006  he has been able to share his skill as vocal tutor to over 10,000 children, teenagers and adults, throughout the UK, working for organizations such as Project Music Workshops, I.Gospel, Peniel Music Services, Green tree, The London Community Gospel and more with fantastic results.

Under his direction, We Sing U Sing has expanded from working with just 1 school in October 2007 to 35 schools across 5 boroughs, building the confidence and mentoring over 3000 children.

He is a family man, married for 22 years to his wife Maulin and have 2 boys Andre and Dayna, who are both musicians taking after their father.

“My aim is to effect change in the mind set of young people through my many efforts, and to ensure that young and old who come into contact with me, have a memorable and positive experience.”